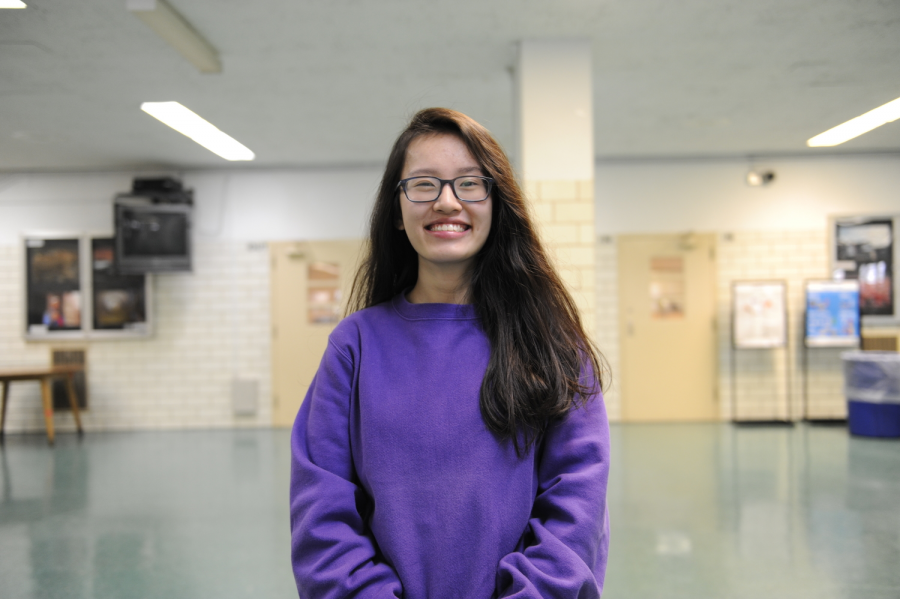 Amanda Chen ’19 loves using her Amazon Echo Spot to watch YouTube recipe videos when in the kitchen and is considering purchasing the Facebook Portal.

With Amazon’s release of seven new home devices, millions of people around the world are now playing songs, calling others, and setting up alarms in new ways. Competitors have created similar devices, such as the Google Home. This November, Facebook came out with a device of their own: the Facebook Portal, which uses Amazon’s Alexa Echo as the voice for their system.

Alexa was groundbreaking when it first came out. Not only did it compile Apple’s Siri features into a portable home device, it could also call other Alexa devices in the house, play music through an app, and set up alarms.

With the release of the new Facebook Portal, Facebook wasted no time in advertising their new product on websites and YouTube videos. The product is targeted towards older adults who want to stay connected to their family and friends abroad. The device’s slogan, “stay and feel connected to the people you love most,” appeals to that demographic, especially through the convenience of hands-free video calls. According to Facebook, the Portal is meant to make people feel as if they are “in the same room – when miles apart.”

Many students at Bronx Science have made use of these features. Michelle Lin ’19 recently purchased the Portal to stay connected to her relatives in Los Angeles. “I use the Portal every weekend so that my mom can call my aunts and uncles automatically. We bought the device for my grandparents who don’t have an iPhone or Samsung to video call. With the Portal, they can do just that without a touch screen phone,” she said.

Lin also has the Amazon Alexa Echo and Dot in her house. “I also have the Amazon Alexa, and you can ‘call’ with the other Alexa devices in the house you might have. It’s not the same as the Portal. With the Portal, it’s mainly for video calling.” said Lin.

Amanda Chen ’19 owns an Alexa Echo Spot in her room, using it to watch TV or play music when she has friends over. “It’s nice to have when my mom and I are cooking in the kitchen and need a recipe from YouTube,” said Chen.
“I also have the Amazon Alexa, and you can ‘call’ with the other Alexa devices in the house you might have. It’s not the same as the Portal. With the Portal, it’s mainly for video calling,” said Michelle Lin ’19.
One other feature that the Facebook Portal has is the Smart Camera, which keeps everyone in the frame and adjusts to follow the subject. For instance, if someone were to walk around the room, the camera would follow the person, keeping them in frame.

An ongoing controversial topic in the media has been Facebook’s lack of privacy in collecting user data. Facebook has used personal information to target ads towards specific individuals by following a user’s browser history. For instance, if a user were to go online shopping, specific pieces of clothing that the user viewed would pop up as ads on their Facebook dashboard. Known as cookies, small files are stored on a user’s computer and are designed to hold a modest amount of data specific to each user and website, like Facebook. That is why the release of the Portal has been controversial, as Facebook users fear another privacy invasion. However, according to a recent statement from Facebook: “[the Portal] does not listen to, view, or keep the contents of your Portal video calls. Your Portal conversations stay between you and the people you’re calling.”

“What a lot of people do, my friends too, we put a sticker over our laptop screens because we’re paranoid that the ‘FBI are watching’. Especially now, Facebook has compromised our privacy so who knows if the Facebook Portal won’t really keep track of calls? It’s scary,” Lin said.

The Facebook Portal is meant to keep people in touch with each other, and in spite of privacy concerns, they have been selling well. With the Portal, it will help people to become more connected than ever before and keep in touch with loved ones. With the rise of new home devices, who knows how far connectedness can go?