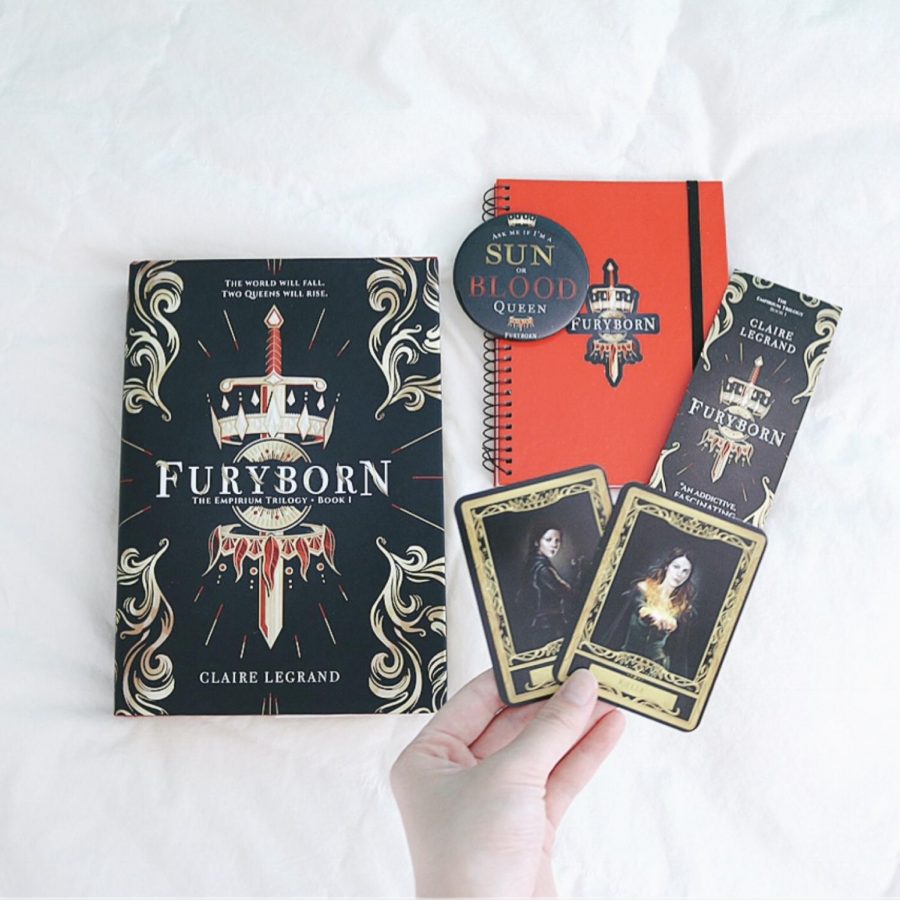 Furyborn swag was given out at Claire Legrand's book signing event.

You probably don’t know Claire Legrand, even though her name has graced the shelves of many bookstores. Perhaps you hve read one of her books without realizing it. Ever since her popular middle grade debut, ‘The Cavendish Home for Boys and Girls,’ she has been churning out a handful of young adult and middle grade books. Now after releasing ‘Furyborn,’ her seventh book, you will know her name.

‘Furyborn’ follows the story of two fierce and independent young women, who live centuries apart from each other. They are both entangled in a prophecy that states that one of them will doom the world, while the other will save it. Rielle and Eliana live different lives in different times, yet they both have no idea what fate holds for them.

From the beginning, you know exactly who is fated to do what while the characters have yet to figure this out. This dramatic irony creates such interesting tension and intrigue. Our main characters also live centuries apart with their stories intersecting in the end. It was extremely satisfying to see their storylines connect and even see how the actions of one affected the other.
‘Furyborn’ is a fast-paced and memorable read that had me on the edge of my seat the entire time.
There are so many things to love about ‘Furyborn’; however my favorite thing had to be the fight scenes. There are many great fight scenes where the character Rielle is forced to undergo seven elemental trials. Legrand even emphasized how hard they were to write, but how rewarding the result was. They will make you gasp, sob and cheer, but the emotions are the best part of reading any book.

‘Furyborn’ is a fast-paced and memorable read that had me on the edge of my seat the entire time. This book is comparable to ‘Throne of Glass’ by Sarah J. Maas because of its similar pacing and engaging characters. While it took me some time to get into the story due to the complex world-building, it was well worth the slow beginning. Legrand has meticulously thought of every single aspect of this fantasy world, even by creating a new animal species.  Every detail of this magical world was carefully thought out and there’s a good reason for that. Legrand reported that the idea for this story had been brewing in her head for fourteen years!

In Claire Legrand’s newest release ‘Furyborn’, ‘Avatar: The Last Airbender’ meets ‘His Dark Materials’ meets ‘Game of Thrones’. You will devour this 500-page book in a matter of days and still be left with wanting more.