In the Middle of NYC, a Thai Restaurant Stealing the Hearts of Many 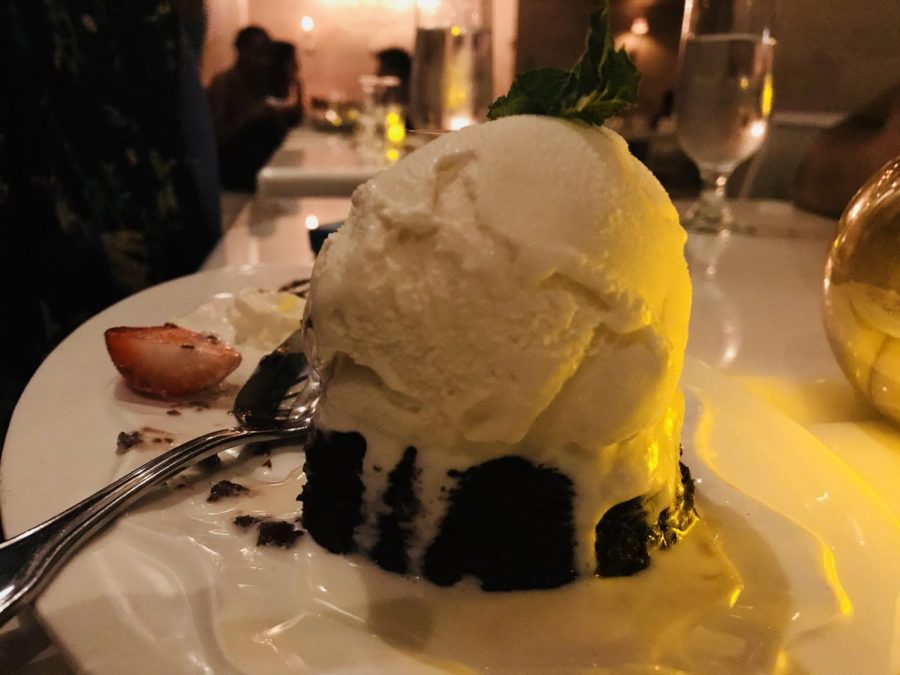 If you’re having a hard time deciding which place to eat out at or where to relax with friends, you have come to the right place. Located right in the heart of New York City lies the unparalleled Thai Restaurant V{IV} Regional Cuisine. It is hard to miss the ten-feet-tall bright sign lighting up the night with the long line of people. Some are there for their first time and  others for their 30th, meeting up with families and friends. Some, from Brooklyn or out of state, noticed that it looked like a nice place to eat. Once inside, most people were in awe and took pictures of the place. I went along with them, recognized by the waiters as it was my third time. The waiter seated my friends and I at the table with nine chairs to have dinner while making small talk.

As soon as we sat, the conversation about the lights inside began. The dim lights and the blooming pink white flowers in the middle of the table lit the room. The fragrance of Thai sauces and ingredients drifted through the door of the kitchen bringing in the crowds of people from all different backgrounds. The  music blends in with the tranquil and airy conversations of the people. However, the moment the food comes out, the room silences so that every small thing can be heard, even the slightest tap of a shoe. In anticipation, customers take photos of the authentic and the aesthetically pleasing food before diving in.

Each person in the table was not able to stop talking about the food and some even ordered the same food again. While others praised the waiters and waitresses for filling their glass of water every time the water was halfway or part way full. They also praised the chef for making the authentic and delicious food melting in their mouth.

This restaurant unique for its dessert and entrees with reasonable pricing and has captivated the hearts of all its customers. If you ever need a place to have a great and relaxing time, head  to V{IV}’s.