Not Just a Monumental Film 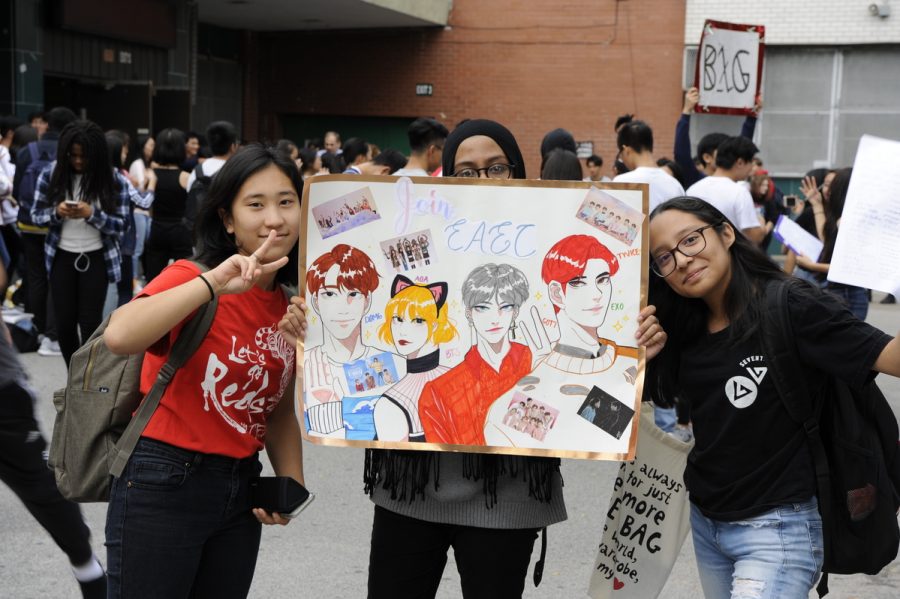 In the the wacky, foreign, and extravagant world of the film ‘Crazy Rich Asians,’ the impossible is brought to your screens. It may seem like a typical fairy tale plot with many characteristics of a Shakespearean comedy, but the movie holds great importance for the Asian-American community.

The movie, directed by Jon M. Chu, is based on the 2013 novel of the same name by Kevin Kwan. It centers around Rachel Chu (Constance Wu), an Asian-American economics professor at New York University, who follows her lover, Nick Young (Henry Golding), to the wedding of his childhood friend, Colin Khoo (Chris Pang). We follow Rachel’s journey as she is thrown into the exclusive, nearly intangible, world of the Young family, one which could only be described as Gatsby-esque.

Nick is the loyal and dreamy Prince Charming ready to sweep Rachel off her feet. Rachel, however, becomes apprehensive when she meets Nick’s disapproving mother, Eleanor Young (Michelle Yeoh). Rachel reunites with Goh Peik Lin (Awkwafina), her eccentric best-friend from college, who serves as a comic relief and etiquette consultant to Rachel. Peik Lin’s family adds a light-hearted touch to the film as they poke fun at the typical Asian stereotype and break the audience’s expectations. For example, we are initially introduced to her father, played by Ken Jeong, with a thick Chinese accent, which sets up the hilarious revelation of his perfect American accent.

The movie may be set in a fantasy world, but the issues presented are much more real: the struggle of personal desire versus family, the push and pull between progression and tradition. Wealth is not represented, in particular, as the antagonist, rather the pressure to maintain the Young family status. For example, the film has several other side stories that add dimension and complexity to the movie, such as the relationship between Astrid (Gemma Chan), Nick’s sophisticated and humble cousin, and Michael (Pierre Png), Astrid’s husband, who feels out of place amongst Astrid’s affluent family. Later in the movie, Rachel and Astrid confide in each other. They connect over their relationship problems, as they both struggle with this tax of the family status.

‘Crazy Rich Asians’ is the first major Hollywood film centered around an Asian lead since ‘The Joy Luck Club’ in 1993, which came out almost twenty-five years earlier. Hollywood, in the past, has included Asian cast members, but most of them played supporting roles.

Estee Yi ’20, Secretary of the East Asian Entertainment Club, also commented on the matter. “I think it’s been so long since a major Hollywood film featured a primarily Asian cast and crew because there were not likely many positive responses to such a film.” Jessica Jimenez ’20, President of the East Asian Entertainment Club, added, “The times are changing, and more young people have stronger feelings about how they’re being represented in media.” Many hope the success of ‘Crazy Rich Asians’ will make Hollywood continue this trend.

Netflix has since become a center for the romantic-comedy genre, some even featuring an Asian cast. For example, it recently released the movie ‘To All the Boys I Loved Before,’ in which the main character is played by Vietnamese-American actress Lana Condor. However, ‘Crazy Rich Asians’ is different from other Netflix romantic comedies.

“…Netflix is probably the future. But right now, it’s not…I guarantee you if we were on Netflix, we wouldn’t have been on the cover of things,” responded Jon M. Chu, director of ‘Crazy Rich Asians,’ to ‘Vanity Fair,’ “…Now we’re really focused on the financial victory of people showing up so that other voices can be heard and other stories can be told.”

While the film is called ‘Crazy Rich Asians,’ the film is hardly about Asians. The movie is not blatantly used as a venue for advocation; rather, it focuses on creating both a compelling story—one that everyone can enjoy—and a masterful art piece, alluring enough that you want to continually replay each scene, which is why it is especially loved by the Asian community.

“America has finally acknowledged that Asians are different from the stereotypes…I fe[lt] a sense of pride when I saw the movie,” remarked Tez Tsetan ’19.

‘Crazy Rich Asians’ is not just a historical moment for Hollywood—it is also a breathtaking, beautiful film with an equally beautiful story.