Online is On Top 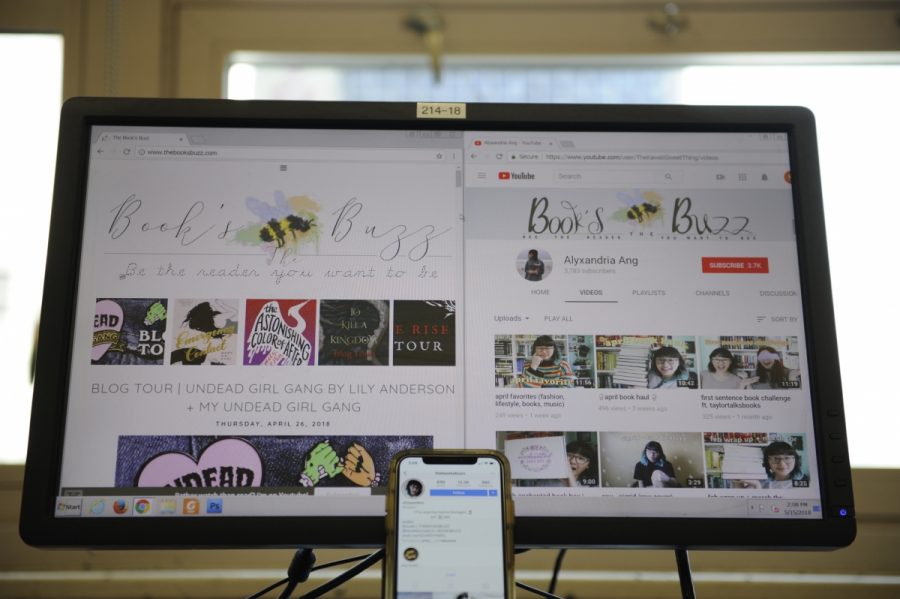 Here are the social media platforms for Book’s Buzz, from Alexandria Ang '18.

While it is hard to imagine a world not dominated by the internet and computers, the technological age we live in is quite new. In the late 1990s, the internet was finally accessible to the public. With this new way of accessing information, people started to create new ways of sharing it as well. This resulted in the first social media site: Friendster. While Friendster is no longer an active site, it inspired the creation of LinkedIn in 2003. LinkedIn is still widely used today for creating professional connections. Though people who create the most connections could be deemed popular, they are not considered social media celebrities. Now social media has become a thriving industry in our modern society, generating celebrities by the thousands.

Social media celebrities are people who gained fame through the use of the internet. There are many ways to attain this status, especially with the myriad of social platforms to which the public has access. The most popular social platform to find fame through is YouTube.

Founded in 2005, YouTube originated as a place where people could create and share videos. Thus, the name ‘creator’ was given to anyone who made videos. YouTube, however, has not remained the same over the past twelve years. Only two years after it started, it was bought by Google, and in 2011 users were able to directly connect YouTube with the Google+ interface. This new development led to the increase in ‘creators,’ thus sparking a huge boom in YouTube use in 2012. From 2011 to 2012, YouTube launched over one hundred original channels. This brings us to the YouTube we know now, a platform with 1.3 billion users. What is so revolutionary about YouTube is that it has generated celebrities regardless of age, gender, religion, or interest.

“My favorite YouTubers are Nikki Glamour and Kathleen Lights. Nikki is a funny person with many interesting stories. Kathleen also gives really good recommendations on top of being an honest reviewer and likable person,” said Diana Gavrilas ’19.

Glamour and Lights’ channels are part of the entertainment and DIY/style genres of YouTube videos. There are many other genres within the YouTube platform, such as gaming, music, comedy, and animation. All of these genres have contributed to the success of YouTube. Not only does this platform allow for a diverse group of creators, but it also caters to a population with diverse interests around the world.
“I never thought that I had any influence until people on Instagram and Twitter started tagging me and saying that I influenced them to buy a book,” said Alexandria Ang ’18.
YouTube is not the only platform that inspires the presence of social media celebrities. Instagram, an app where people can share their photos and videos with those who follow them, got its start in the beginning of 2010 and has since become a platform of 800 million daily active users. Instagram celebrities are most likely those who have already excelled in another area of fame, such as sports, music, or television. However, there are some users who rose to fame through just posting pictures online. These people fall into the categories of model accounts, food accounts, and book accounts, among others.

Despite their busy schedules, Bronx Science students do keep up with social media. Alexandria Ang ’18 even has been running her social media accounts since she started out at Bronx Science, with an Instagram account, a YouTube account, and a blog all about her favorite thing, books. Currently her Instagram has 12.3 thousand followers, and her YouTube has 3.7 thousand subscribers. All of her social media is run with the name ‘The Book’s Buzz.’

“I chose to start my social media accounts because I had nowhere else to express my creativity and love for books,” said Ang. While social media did provide her with an outlet, it also required a lot of work. “With schoolwork and tests, it’s a constant struggle to come up with new and entertaining content. For me, Instagram is hardest to manage. When I’m taking pictures for my Instagram account, I have to wait for the perfect lighting and the perfect time of day.”

Ang’s online success did not come immediately. “My accounts started gaining attention in 2015, my second year of running the accounts. It most definitely didn’t happen instantaneously, but I am grateful for the influence that I have today. I never thought that I had any influence until people on Instagram and Twitter started tagging me and saying that I influenced them to buy a book. That’s always my favorite part, seeing someone’s face light up after reading a book I recommended to them.”

Social media has helped people share their unique personalities and become recognized for them. Still, social media celebrity comes with a price. Celebrities must learn to deal with those who are unsupportive and hateful. This is why we must remember: as social media infiltrates our everyday lives – from the books that we read, the clothes that we wear, and the people that we see – we need to enjoy and celebrate individuality. Social media can connect so many people, and its reach continues to grow. However, we cannot live our lives by trending hashtags. We must continue to develop our own personalities and ideas, and allow others to do the same.