The Art of Computer Science 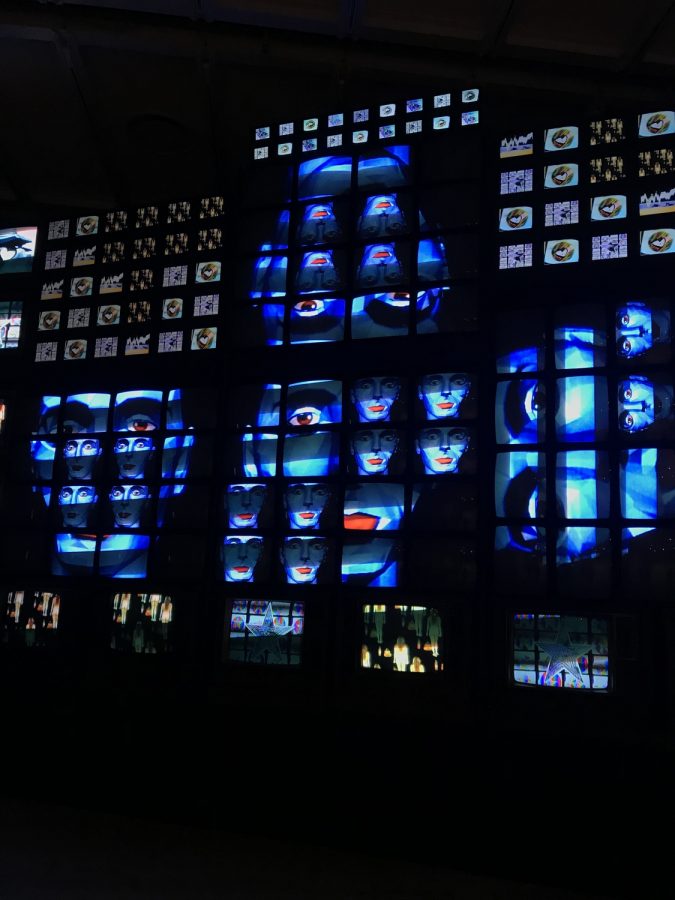 Most people believe that science, technology, engineering, and mathematics are subjects completely removed from art, and that they cannot work together. Also, conventional forms of visual art are often very static, making it impossible for the viewer to interact. A new exhibit at the Whitney Museum of American Art, entitled ‘Programmed,’ explores the intersections of computer science and art. Ir is an interesting exhibit for anyone who loves computer science, but does not love traditional forms of visual art.

The exhibit displays TVs, lightbulbs, Java apps, neon, and many more forms of media.  The most striking piece is Nam June Paik’s ‘Fin de Siecle II,’ a fourteen-foot tall, flickering wall of televisions blasting loud music throughout the room. This work featured previously broadcasted television programs looped together in a stunning, multicolored display. According to the Whitney Museum, the television programs, varying in subject, were edited together to remove them from their initial context. This was meant to make a statement about how the editing of mass media affects and shapes our modern world today.

Another standout piece is ‘Tilted Plane’ by Jim Campbell. The viewer lies down on the floor and watches a hanging installation of light bulbs blink on and off, in a way reminiscent of stars. Each individual light bulb represents one pixel from a low resolution video of birds in flight. The lightbulbs are so spread out that the viewer cannot fully perceive the image, but the slow, blinking pattern of the lights turning on and off makes a statement about the coding and perception of moving images.
‘Programmed,’ explores the intersections of computer science and art, and is an interesting exhibit for anyone who loves computer science, but does not love traditional forms of visual art.
Certain pieces in the installation also focus on social media. One such piece, ‘America’s Got No Talent’ by Jonah Brucker-Cohen and Katherine Moriwaki, is a Java app that tracks Twitter mentions of prominent reality television shows, such as ‘America’s Got Talent’ and ‘American Idol.’ This data, visually represented with a bar graph, resembles an American flag. The piece makes a compelling point about the state of entertainment in America and the priorities of the average American.

Not all of the pieces in this exhibit are recent. The oldest, ‘Magnet TV’ by Nam June Paik, was created in 1965. A magnet was placed on a black-and-white TV, distorting the image on the screen in an abstract pattern.

Much of the work in the exhibition makes a political statement. ‘Unexpected Growth’ by Tamiko Thiel is an augmented reality app displayed on iPads throughout the gallery. The viewer can pick up an iPad and look around. The image on the screen initially displays a vibrant coral forest, but gradually desaturates as the virtual coral dies. This fascinating, interactive political statement is intended to represent a world in which the oceans have been destroyed by pollution.

When I went to see ‘Programmed,’ the gallery was mostly populated by teenagers and young people. Integrating the arts and technology is an increasingly popular approach, according to the Whitney museum website. ‘Programmed’  is an excellent example of this, and it is a good option for anyone who is interested in computer science or those looking for an unconventional experience at an art museum.