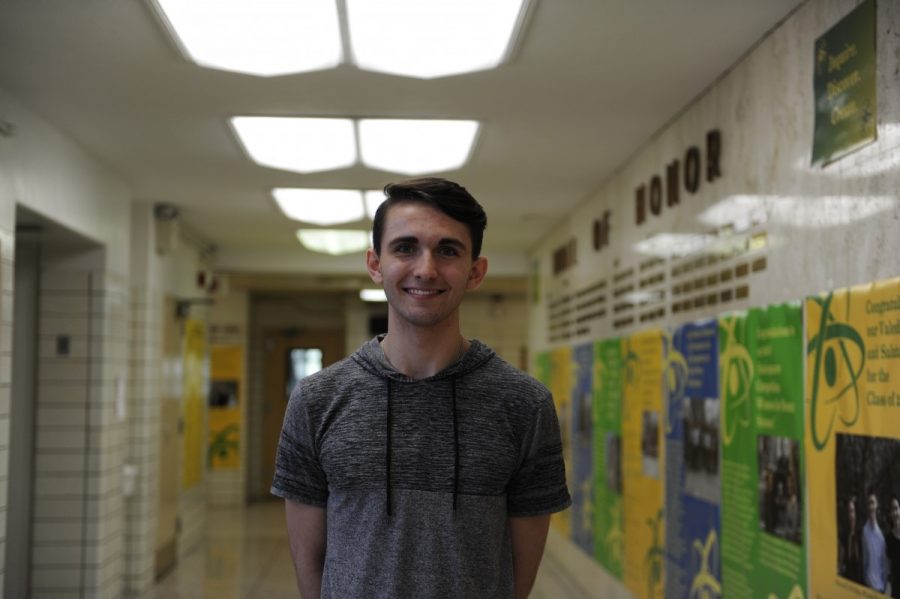 Cole Tarrant ’19 enjoyed ‘Avengers: Infinity War’ and is patiently waiting for the next Marvel film.

The Marvel Cinematic Universe has consistently released a number of fantastic films each year for the past decade. Dividing its portfolio into four phases, each with its own theme—the first three of which have been Avengers Assembled, Avengers Disassembled, and Avengers Reassembled—the media franchise has developed a plethora of must-see productions. Its most recent film, Avengers: Infinity War, certainly lived up to expectations, grossing almost 258 million dollars in the box office domestically during opening weekend. This number is the biggest box office opening in history, eclipsing Star Wars: The Force Awakens by nearly ten million dollars.

The film takes place following the events of Black Panther, which released earlier this year. For the most part, the film’s nearly seventy main characters start off apart from each other, with the Guardians trekking around the galaxy, Doctor Strange and Wong in Sanctum Sanctorum, Peter Parker, also known as Spider-Man, on the bus after a field trip, and so on.

All of these characters, some of which have not met in the Marvel Cinematic Universe prior to Avengers: Infinity War’s release, were joined by a common goal: the destruction of Thanos, a powerful titan seeking to obtain all of six infinity stones, which would help him destroy the universe. In the past, Thanos has sought help from both Loki and Ronan the Accuser, in The Avengers and Guardians of the Galaxy respectively, but based on their loss of the stones and unintentional creation of the two superhero groups of the same names, it is evident that some things are better done alone.

The six infinity stones, called the space stone, reality stone, power stone, mind stone, soul stone, and time stone, are the most powerful and destructive objects in the universe. Each stone, when harnessed together in the infinity gauntlet, give its wielder immeasurable power. Based on the actions of Thanos in both previous films and end scene credits, it has been apparent that he wishes to obtain all of the stones and even when the film was in pre-production, Marvel staff made it clear he would stop at nothing to get his way.

This sparked many fan theories that Vision, the android representation of Tony Stark’s, also known as Iron Man, artificial intelligence system Jarvis, would die in the movie due to his source of life being the mind stone. In the end, fans’ theories were unfortunately correct and Vision did not live to see the end of the movie. Fans expressed irony that Vision had actually died twice, especially considering the majority of the characters’ wish to remove the mind stone without removing his sentience. The first death came at the hands of Vision’s lover, Wanda Maximoff, also known as Scarlet Witch, who also ironically was the only one powerful enough to destroy the mind stone. However, after using the time stone to bring him back to life, Thanos ripped the stone out of Vision’s head in order to add it to the gauntlet.
“One of the most impressive things for me was how much I’ve been thinking about the film after seeing it,” said Cole Tarrant ’19.
One particularly shocking event in the film was the death of Gamora, one of the Guardians and an adopted daughter of Thanos. At the start of Avengers: Infinity War Gamora was the only one that knew the location of the soul stone. Gamora refused to give it up, but Thanos repeatedly tortured Nebula, prompting her to take him to Vormir. At the top of the mountain on the planet they learned that in order to obtain the stone, Thanos needed to sacrifice the one he loved most. This ultimately meant he threw Gamora off of a cliff.

While some people disliked this part because they thought it was unnecessary, many saw it as very important to Thanos’ character development. Throughout the series Thanos has claimed that he wanted to bring about destruction in order to help all life in the galaxy. Seeing it this way was very difficult because his softer side was obscured most of the time. By sacrificing Gamora he showed that he actually is capable of caring for others, which is vital to understanding his point of view in the film. It shows the nuance in his character and makes him seem more real.

At this point in the movie Thanos had obtained four of the six stones and still needed the time stone from Strange and mind stone from Vision. He went to Titan first, where he fought Stark, Strange, Parker, Peter Quill, also known as Star-Lord, Drax the Destroyer, and Mantis in order to obtain the fifth stone. In the middle of the fight Mantis had put Thanos in a trance so Stark and Parker could take the gauntlet. Mantis specifically stated that they should not distract him because her hold on him was weak. However, Quill insisted to know where Gamora was, afraid that Thanos had done something to her. After it was revealed that Thanos had killed her, Quill attacked him, forcing him away from the trance. This ultimately let Thanos overpower the superheroes, leading Strange to giving him the time stone in order to spare Stark’s life.

When assessing this battle scene, fans take two very different views on Quill’s actions. Some say that Quill is justified in pressing Thanos for the information because it is very clear that he loves Gamora and has every right to believe Thanos would bring harm to her. They say his actions were just a result of a buildup of emotion that he was completely justified in having. Others take a different perspective, saying that what mattered most at the time was that Thanos did not have the infinity stones. “It was all Star-Lord’s fault” said Alejandro Torres ’19, building off of this belief. Torres argues that had the heroes taken the gauntlet out of Thanos’ reach, then Quill asked about Gamora, neither the time stone nor the mind stone would have been confiscated and many deaths would have been avoided. However, many people did admit that it would be a hard decision to make. “He loved her and it’s always hard to see a girl you love go, and not have the power to do anything about it. If I found myself in his position, I might just do the same thing,” said Cole Tarrant ’19.

This brings up the theme of one paying the price for the good of all, which was developed earlier in the film in the case of Vision. When everyone in the universe’s life is at stake, most people agree that it is better to make a single sacrifice if it means protecting billions. The characters in ‘Avengers: Infinity War’ struggled with this idea frequently, whether it be with Maximoff’s initial refusal to kill Vision, Quill’s difficulty with killing Gamora when Thanos captured her in Knowhere, or the debate in the end of the film over whether or not to open the barrier around Wakanda. Dispute over these issues largely caused the horrific end to the movie, leaving many people, adamant fans and first time watchers alike, truly traumatized.

The final minutes of the movie saw the deaths of nearly half of the major characters. After a quick struggle with Thor after placing the final stone in the gauntlet, Thanos snapped his fingers, killing half of the life forms in the universe. Characters such as Bucky Barnes, known as both the Winter Soldier and the White Wolf, Sam Wilson, known as Falcon, and T’Challa, also known as Black Panther, unfortunately disintegrated, their bodies blowing away like leaves in the wind. Walking into the film most people expected there would be a few major character deaths, but what shocked viewers was that more main characters died than survived.

As usual, Marvel released a scene after the credits of Avengers: Infinity War. The scene showed the deaths of Maria Hill and Nick Fury, which occurred the same way as the other major characters. Right before he disintegrated, Fury called Carol Danvers, also known as Captain Marvel. This serves to confirm her appearance in the fourth Avengers installment and teases her solo movie, which is set to release in March of 2019.

Avengers: Infinity War had a lot to live up to and it definitely delivered. “One of the most impressive things for me was how much I’ve been thinking about the film after seeing it,” said Tarrant. Overall, this film has left a lot of hope for the rest of the Marvel Cinematic Universe. Fans patiently wait to see what the next Avengers film will bring.