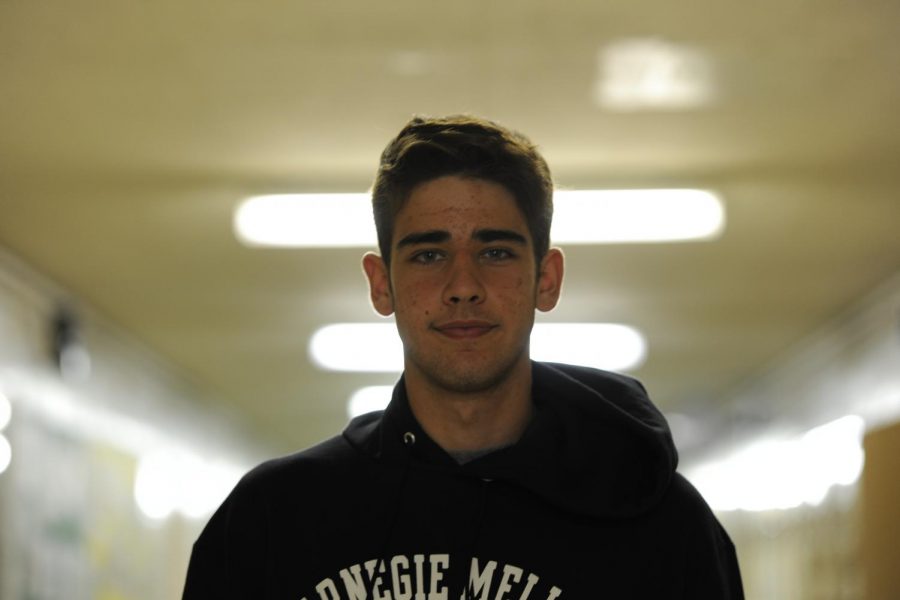 Brusseau ’18 usually plays the game frequently on his computer.

Through the numerous attractive features of the video game, Fortnite has soared to have multiple impressive records. For example, it has broken the record for most videos related to a video game uploaded in a single month on YouTube, garnered 45 million users as of January 2018, and has even surpassed Google searches for “Bitcoin” since mid-February 2018.

In the game, the player is dropped on an island with nothing but a pickaxe which can be used to break down walls and gather raw materials. The players then continue to go around collecting weapons in order to kill other players. Ultimately, the goal of the game is to be the last player standing.

The game has had such popularity that it has come out with multiple versions, including a mobile app called PUBG.

“I love the mobile version because now I can play on my commute to and from school and basically anytime that I’m bored,” said Jonathan Rodriguez ’18. However, the flexibility of how the user wishes to play the game does not stop there. One can enter with selected friends or even as one with a hundred random players.

“My favorite part of the game is playing with my friends. That’s actually how I was introduced to it; A friend of mine was playing it and I decided to try it out, which resulted in a night of fun,” said Santiago Brusseau ’18.

Avid Fortnite player Taran Marwaha ’18 also enjoys the camaraderie in the Fortnite community. Similar to Brusseau, Marwaha’s friends encouraged him to delve into the virtual world.

“The best part is when I win. The hard work that I have put into the game really allows me to enjoy the win and feel like a champion,” said Marwaha.

The game is particularly popular among second term seniors, as they have more time to play video games instead of being stressed out by the rigors of the college application process.

“I usually play the game for a couple of hours everyday. I’m glad that I’m a second term senior because it gives me more time,” said Jackson Rocke ’18.

Bronx Science students are also attracted to the game due to all its unique characteristics.
“My favorite part of the game is playing with my friends. That’s actually how I was introduced to it; A friend of mine was playing it and I decided to try it out, which resulted in a night of fun,” said Santiago Brusseau ’18.
“It’s quick and fast-paced. Dominating with a group of people is really fun. I love being able to do all the weird, unique things the game offers. The best part is that you can create the environment for yourself,” said Preston Podell ’18.

Fortnite Battle Royale has had an enormous impact on the video game world. With over 45 million users and nearly a third of total PC gamers playing it, it is likely to stay on the gaming radar for some time to come.