As 'Deadpool 2' is released, students express both praise and criticism for the new movie 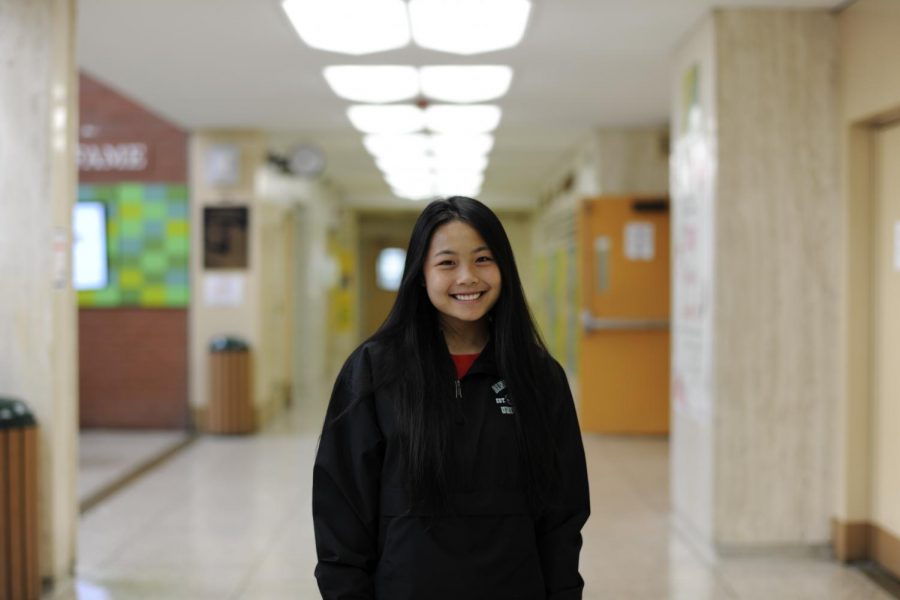 “Deadpool 2 was so funny that I couldn’t help but laugh out loud in the theater! The best part was when they came down in the parachutes but almost no one survived. It was really dark but unexpected, so it added to the humor” said Winni You ’18.

It has been two years since the highly anticipated ‘Deadpool’ movie came out, and fans have been eagerly awaiting a sequel. ‘Deadpool’ broke numerous records, becoming the highest-grossing R-rated film, as well as earning $738 million against their $58 million budget. Although critically acclaimed, it was originally not going to be made. It was thanks to push from fans that ‘Deadpool’ could be brought to life by the spectacular Ryan Reynolds, and could become the success it is. “I’m not usually someone who enjoys action movies, so I was skeptical about how much I would like ‘Deadpool.’ However, after watching it, I was pleasantly surprised! Not only is the acting and story really good, but it was overall super funny,” said Amy Hong ’18. However, not everyone fell in love with the first ‘Deadpool’ movie. “I didn’t really like how the first Deadpool movie was mostly about Deadpool’s origin story, so now that the origin is out of the way, I have high hopes for the second movie’ and I believe I’ll like it much more!” said Victor Zhu ’18.
“’Deadpool 2′ was insanely good! I couldn’t stop laughing throughout the whole movie. My favorite scene was probably when Ryan Reynolds had baby legs and was waddling around; it was hysterical,” said Anika Lamia ’18.
WARNING: SPOILERS AHEAD!

The sequel follows Wade Wilson as he tries to recover from the death of his wife, Vanessa, and blames himself for not being able to save her. While on his downward spiral, he joins the X-Men to try to start rebuilding his life and ends up meeting a teenage boy named Russell and is a mutant. Russell is super unstable and is hell-bent on getting revenge against the supervisors that tortured him at his orphanage. The first half of the movie focuses on Wade trying to save Russell from a mysterious man who is seemingly obsessed with killing him, however after speaking with the man Wade realizes that Russell needs to be saved from his own anger. There is a happy ending with Russell turning good and Wade deciding to continue to fight evil. The movie concludes with a mid-credit sequence with Deadpool traveling through time and righting many wrongs in the Marvel Universe (one such being killing actor Ryan Reynolds while he considers taking the part of Green Lantern).  There are also many references to other Marvel movies throughout the film.

Deadpool 2’s budget was almost double what it was for ‘Deadpool’ at $110 million, and with a higher budget came higher expectations. Luckily, it was a success and raked in $500 million dollars within the first two weeks of its release. “’Deadpool 2′ was insanely good! I couldn’t stop laughing throughout the whole movie. My favorite scene was probably when Ryan Reynolds had baby legs and was waddling around, it was hysterical,” said Anika Lamia ’18. “If I could change one thing, I would make the after credits even longer because they were such a funny and creative way to end the movie.” Lamia said. Her praise was just one of many. “I really like the Marvel Universe and the different characters and stories that exist within it, and ‘Deadpool’ is probably my favorite!” said Kiminu Yengo-Passy ’18. “He is so unlike any other hero, so his character is refreshing and brings some much needed comedy to what can otherwise be a bleak universe.”

Despite Deadpool’s massive popularity, not everyone fell in love with the sarcastic anti-hero. Shawon Paul ’18 found annoyance with the ending scenes. “It’s unclear whether these scenes were meant as canonical or meant as jokes. I have no idea if Vanessa was actually brought back to life or not in the end,” said Paul. Other complaints came from the overall flow of the story. “I thought that the transitions between more serious scenes and the comedy scenes were rather abrupt. It kind of made the story seem really awkward at times.” said Vivian Ma ’18.

‘Deadpool 2’ received overwhelming positive reviews from the students at Bronx Science. Many students agreed that it is definitely worth the watch and a good movie choice if you feel like laughing a lot!