‘A Wrinkle in Time’ Makes History 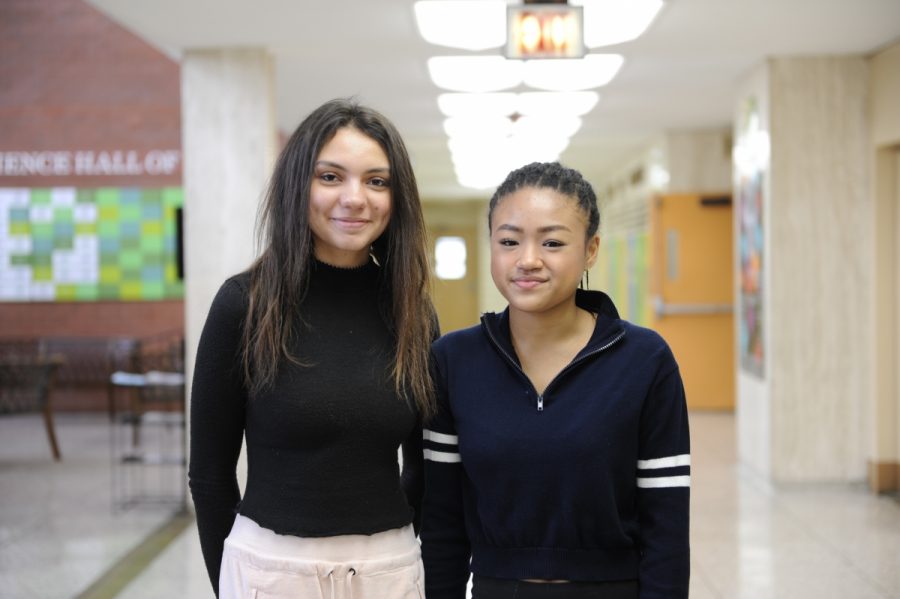 Evaluna Smithgartner '19 (left) and Maya Miura '19 (right) enjoyed the book 'A Wrinkle in Time' as children.

The release of the movie adaptation to Madeleine L’Engle’s science fantasy novel ‘A Wrinkle in Time’ has been a long awaited one. After the first movie adaptation in 2003 did not receive the approval of L’Engle, no one thought anyone would attempt to create another.

As a small child growing up during the Vietnam War, producer Catherine Hand sought to one day make her own adaptation to the book she loved so dearly. Initially, she had written a letter to Mr. Walt Disney asking him to make put the story that gave her hope during such a dark time into a movie. After he died, Hand knew she’d one day have to do it herself.

‘A Wrinkle in Time’ gave hope to those who only saw the darkness around them during the early 1960s in the United States. The book shows readers how the power of love and good can always defeat evil.

After learning that her astrophysicist father was being held captive by an evil force, with the help of her brother, her friend, and three magical beings — Mrs. Whatsit, Mrs. Who, and Mrs. Which — the protagonist, Meg Murry, has to travel across the universe to find them.

Along with director Ava DuVernay, the film features a diverse cast including Oprah Winfrey, Mindy Kaling, and Storm Reid. Over the weekend of March 10-11, ‘A Wrinkle in Time’ made history along with the movie ‘Black Panther’ by holding the top two spots in the U.S. box office. This was the first time in history that two movies with African-American directors have held the top two box U.S. office spots at the same time.
“I remember reading the book as a kid,” Evaluna Smithgartner ’19 said. “It was one of my favorites! I was so excited to see the movie,” Maya Miura ‘19 added.
The movie has received a lot of positive feedback, which is a relief for Catherine Hand, after the negative comments the first film adaptation received in 2003. In a Q&A with MSNBC, L’Engle told them she expected it to be bad, and in her opinion, it was. She believed the adaptation did not convey the story as she imagined it when she wrote the novel.

With its $103 million budget, the movie had made $1.3 million in just its Thursday previews. Critics predicted it to make about $45 million in total.

“I remember reading the book as a kid,” Evaluna Smithgartner ’19 said. “It was one of my favorites! I was so excited to see the movie,” Maya Miura ‘19 added.

Like Smithgartner and Miura, many students at Bronx Science have already read the book, and are very excited to see the new film adaptation of it. I for one thoroughly enjoyed it, and would argue that it is a must see movie.