Classics return, speculators speculate, and indies live up to their hype. 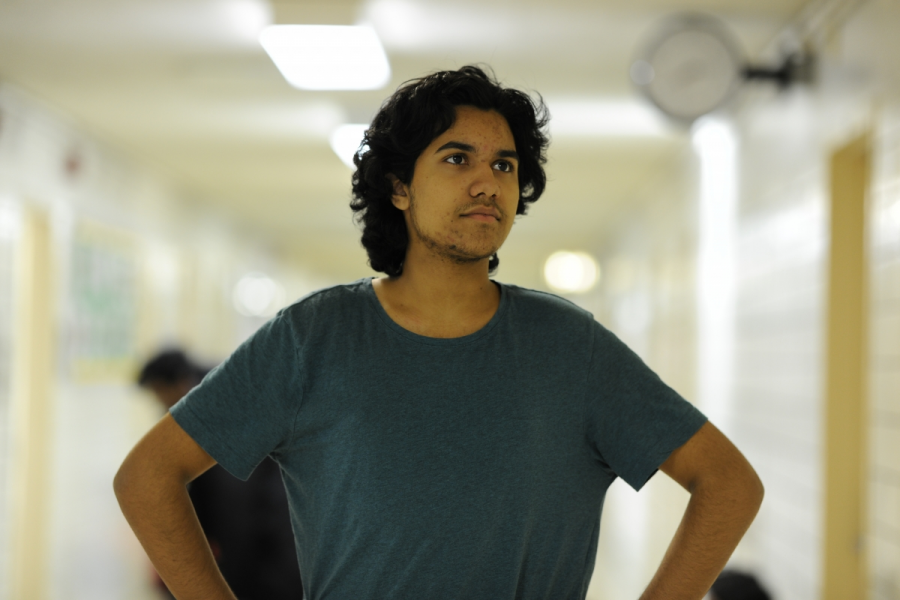 As one of the top forms of entertainment that can be enjoyed from home, it is no surprise that gaming is constantly advancing for players, developers, and streamers alike. Recently, there has been an influx of successful game releases- many of them early access versions, only amplifying the anticipation of releases to come. It has been a year of long-awaited sequels and indie triumphs, and the gaming community can hope it only gets better.

Among the more recent releases are sequels to previously well-received and successful games. This seems to be hitting the horror community hard, as not too long after Outlast’s big return last April, The Evil Within made its comeback last October on Friday the 13th, while an announced sequel to Red Dead Redemption by Rockstar Games, to be released in 2018, eight years after the game’s initial release in May of 2010, is on its way.

It seems this will continue to be a prosperous era for fans of the big title survival horror games, as the popular title The Last of Of Us, initially released in June 2013, will also be making its return in 2018, along with the indie game We Happy Few, which was initially released for early access in July of 2016. Beyond the horror community lies the recent action-adventure releases, which range from story-based combat-heavy games such as Uncharted: The Lost Legacy and Assassin’s Creed Origins, to more RPG based games such as Pokemon Ultra Sun/Moon and South Park: The Fractured But Whole, to even cartoonish platformers such as Super Mario Odyssey, Metroid: Samus Returns, and Cuphead, a recently popular run and gun indie game with a story progressed by boss battles.

One of the more popular genres among our students, FPS (first-person shooter) games, and just shooters in general seem to have a few notable releases as well, with the most recent of these including Call of Duty: WWII, Destiny 2, and Star Wars Battlefront II. According to Activision COD:WWII “set a record as the best-selling digital full game by units sold on its first day of availability” on the PlayStation 4 (though Activision did not give specific numbers for that), with recorded sales of over $500 million within its first three days of release, doubling that of Call of Duty: Infinite Warfare’s three-day sales the year prior. One anticipated release for 2018 is Epic Games’ Fortnite, whose 100-player PvP mode, Fortnite Battle Royale, remains free to play- with the last player (or team) standing as the victor(s).

There would be no true video game community without speculation, which carries the rumors of the Left 4 Dead and Half Life threequels on to this day, albeit being only spurred on by consumers’ own desperation for third installments of the two popular games, as Valve has yet to announce the production of either of them, not to mention the previous installments were released eight and ten years ago, respectively.  Along with this comes rumors of another unannounced threequel from Valve; Portal 3. As this first-person puzzle-platform game is an obvious favorite among consumers, rumors of the next installment are once again likely rising from desire rather than confirmed information. Speculation seems to also take over for the possibility for a sequel to Rockstar’s Bully, with new concept art consistent with that of the original game allegedly “leaked” from Rockstar. However, as this particular publisher is known to be among the most secretive, it is especially hard to tell when to trust unofficial “detective work.”

While this has been a big year for the bigger titles, recent indie games (games made by independent developers, often without the support of a publisher) have been making great progress in the gaming scene. Despite the release of the well-known indie game Undertale a little over two years ago along with long-standing titles such as Super Meat Boy, The Binding of Isaac, and Don’t Starve, it seems that indie developers remain under appreciated in many aspects of the gaming community. However, this year seems to have been booming for even small developers, as from the release of Night in the Woods by Infinite Fall last January to the recent blow up of Cuphead by Studio MDHR, indie games have been getting much attention. What seems to be a common theme among indie developers is innovation in design, which seems to be the exact concept that draws so many players to the indie gamesphere.
“A lot of really good game design comes from the fact that the most effective thing to do is the most rewarding, and when that isn’t true there’s a lot of poor game design.”
Coming to the survival-horror scene next April on Friday the 13th is the much-anticipated We Happy Few by Compulsion Games. With its first early access release in July of 2016 came high expectations, and the games fan base has only been growing since. Combining Don’t Starve-esque survival mechanics with a plot that progresses through discovery, it was held to Bioshock-level standards of narrative, mostly because, similar to Bioshock, it is set in the 1960s with  a dystopian past type setting.

However, Bioshock was not even close to the initial vision of We Happy Few, mostly due to the fact that pulling off an extensive storyline merged with its gameplay mechanics required a much bigger budget with much more stable support. But with the ever-so-rising expectations that followed the early-access release came bigger supporters to fuel those expectations, and Compulsion Games had to take a sharp left down the road of plot development. Without ambitious consumers to gear towards, perhaps the game would have really ended up being a 3D Don’t Starve.

However, it is important to take consumer input with a grain of salt, as there is some danger in pandering to players, as developers can often neglect design in the process of adding presents for consumers. This is especially troublesome for players such as Rohan Vencat ’19, whose investment in games rely heavily on their design. “A lot of really good game design comes from the fact that the most effective thing to do is the most rewarding, and when that isn’t true there’s a lot of poor game design,” says Vencat. “When you make an objectively good move, you should have fun doing that. When the best thing to do isn’t the most fun thing to do, that’s a problem.”

From one of the better-known indie developers comes an action role-playing strategy video game with hilarious narrative to be released early 2018, Pit People. The Behemoth, known best for their latest comedy platformer Battleblock Theater way back in 2013, is finally releasing their next game Pit People, whose early access version has been available since January 2017. Unlike Behemoth’s previous game, which is based on the basic platformer principles of run, jump, and attack, Pit People is a strategy-based RPG, using turn-based combat mechanics complete with a variety of attacks, buffs, and items, along with the trademark oh-so-worrisome damage bar. However, both games do share the narrative style that The Behemoth is known for, with entertaining cutscenes and background conversations from a blunt narrator.

Classic mechanics seem to be popular among developers this year, as the recently released Cuphead by Studio MDHR (initially announced in 2014) takes on the aesthetic appeal of 1930s cartoons with an animation-driven combat system familiar to most old-time side-scrolling games. The main appeal of this game seems to be its difficulty, complete with deceptively basic combat mechanics, an unforgiving checkpoint system, and a storyline progressed only by numerous boss-battles.

There lies some risk in making a game whose popularity relies on its ability to anger players, not to discredit the interesting art style and classic storyline of the game, as while determination to complete the game may push players forward, some may simply give up the game or be reluctant to play the next installment. A recently popular game that relies on the principle of anger is Getting Over with Bennett Foddy, released by Foddy himself early last October. The game is essentially unnecessarily hard climbing with a constant onslaught of obstacles, complete with unforgiving falls back several minutes to hours of progress.

In both games, the encouragement is the accomplishment and satisfaction of completion, but struggle to satisfaction ratio seems to be a constant struggle point for developers, as some like to use the opposite approach to entice players — easy accomplishment with no risk involved. While there are plenty of players who enjoy either one or the other, it is important to many players for there to be a fair balance between the two. “A good example is Portal 2. You feel accomplishment but because it’s not constant you WANT to move on to the next level, and you never really feel like you’re being pushed around,” Vencat said. Despite this, the great success of Cuphead– being Studio MDHR’s first game, bodes well for the small developer.

Ultimately, this has been a refreshing year for the gaming community. Recent releases have evaded disappointment, and actually landed far from it. Now all that is left is to patiently wait for those installments that the fanatics and theorists just cannot seem to let go of.