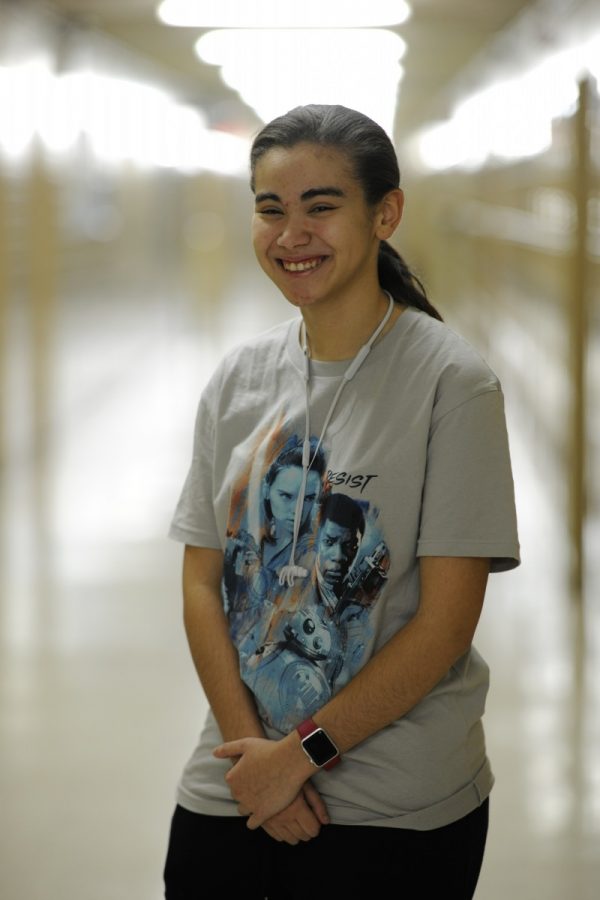 Star Wars: The Last Jedi hit theaters this December, opening to rave reviews by most critics and mixed reviews by audiences. It is no surprise that the film has prompted the diverse reactions voiced in the weeks after its release, given the immense cultural impact that the series has left in its wake since the release of A New Hope in 1977. After the ten year hiatus between the last of the prequels and The Force Awakens, Disney’s new trilogy has had a lot to live up to, and its first two films have certainly delivered.

J.J. Abrams’ Star Wars: The Force Awakens successfully revitalized the franchise, despite many fans’ concerns over Disney’s new stewardship of the beloved saga. Introducing audiences to new characters and villains, yet still retaining the quintessential charm of Star Wars, the trilogy’s first film reminded audiences of the wonder and awe the original films inspired while proving that there was still much left to be explored in the Star Wars universe.

The Last Jedi delivers much of what made fan favorites like The Empire Strikes Back great: the classic hero’s journey, pulse-pounding action balanced with interpersonal drama, iconic set pieces and locations, just enough humor to counteract the more weighted aspects of the film, and a villain who is not unapologetically evil but instead visibly torn between light and dark — a persistent theme in Star Wars.
“I wanted to be upset that [The Last Jedi] was so much like Empire Strikes Back, but the ending was very well done.”
Star Wars: The Last Jedi is a visually stunning collection of the sort of extraordinary locales the films are famous for, from a pristine white world, whose thin layer of salt contrasts wonderfully with the bright red soil revealed underneath, to rough hewn islands jutting out of the sea, which appear both hopeful and brooding, as the emotional tempo of the movie ebbs and flows in the same manner as the Force.

In a franchise whose prequels were assailed with harsh accusations of wooden acting and flat dialogue, Disney has been able to deliver films with convincing and memorable performances. “Adam Driver did a fantastic job as Kylo Ren,” Maxwell Allison ‘18, said. “His face really revealed how divided he was.”

The Last Jedi also presents several notable themes which the series has included in the past: mercy and kindness opposed by hatred and brutality, the desire to forget one’s past by any means—even if that means ‘killing’ it, and corruption. The film is also a commentary on war profiteering, something highly pertinent in today’s world and which demonstrates that even though The Last Jedi takes place in a galaxy far, far, away, there are many similarities between its world and our own.

The film answered many of the questions that The Force Awakens left with fans, filling in much of the information about Luke, Kylo Ren, and Rey’s pasts that was left out in the first film, but it also failed to address much of the backstory of the First Order and its leaders, information that fans had expected.

The plot also bears many similarities to Episode V, much in the same way The Force Awakens drew several parallels to A New Hope, featuring a Rebel Alliance on the run and a climactic showdown on an ice planet very reminiscent of Hoth. Both Rey and Kylo Ren bear close similarities to Anakin, Ren as a student of the Jedi with much promise who falls to the dark side, and Rey as an aspiring Jedi desperately yearning for some knowledge of her parents. These resemblances are unlikely to greatly perturb viewers, however. While similar to one of the original movies, The Last Jedi is new and fresh enough to make a name for itself. Its parallels only serve to enrich the story by reminding us how much audiences loved the classic Star Wars movies, and making way for greater divergences from the original films in future installments. “I wanted to be upset that [The Last Jedi] was so much like Empire Strikes Back, but the ending was very well done,” Timothy Kim ’18, said.

Enjoying the Star Wars films has always required a certain suspension of disbelief, but The Last Jedi seems to stress this point more than most. Several scenes will leave some, the more critical audience members, annoyed. In the theater, eighteen year old Atash Nassiri lamented the lack of any sort of revelations about Supreme Leader Snoke’s past, complaining, “Everyone couldn’t wait to learn more about him, He was such an enigmatic and mysterious figure in the first film, and [The Last Jedi] failed to teach us anything more about him as Disney had teased.” He also commented that while the plot was engaging, “It seemed like the overall plot moved forward very little, and many of the main characters were in the same place for much of the movie.”

The Last Jedi is by no means a perfect film. It does not challenge Empire Strikes Back, widely considered the best Star Wars movie, for its place as an all time fan favorite. There are several ‘that could never happen’ moments, and pickier fans might list a litany of faults, but The Last Jedi is nevertheless a superbly entertaining and enjoyable movie. It captures the feelings of wonder and adventure that the first movie left audiences with, and it is unlike any movie in the indescribably unique way that Star Wars is Star Wars.

Unquestionably, Star Wars deserves its place in one of the most beloved franchises of all time. After all, as Sabrina Raouf ’18 said, “Star Wars is the greatest movie franchise in cinematic history.”