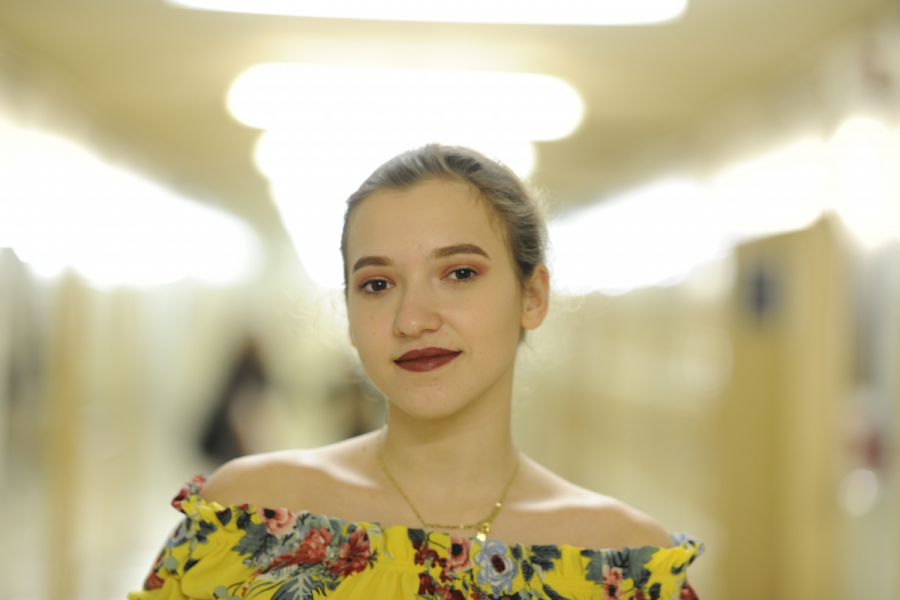 “I am very happy to see that the nominations are fairly different in that there are different styles of songs [reflected in the top nominations],” said Kateryna (Kate) Slinchenkova ’18.

On January 28th, the 60th Annual Grammy Awards took place at Madison Square Garden, hosted by late-night entertainer James Corden of “Carpool Karaoke.” This ceremony was created to celebrate the works of influential members of the recording industry for the Hollywood Walk of Fame. Realizing the number of performers, orchestrators, and executives who deserved recognition, the selection committee decided instead of brass stars on California sidewalks, these contributors should be given awards similar to Oscars and Emmys. Originally, the Recording Academy wanted to name the award after the inventor of the phonograph, Thomas Edison, hence calling it an “Eddie.” Ultimately, they settled on titling the award a “Grammy” after the gramophone, the original “record player.”

Now, after being held in Los Angeles for the past fifteen years, the Grammy ceremony returned to New York City. From the Harlem Renaissance popularizing jazz to the birth of hip-hop in the Bronx, it is only fitting that the Big Apple hosted this special event. New York City is home to a multitude of renowned music venues such as Carnegie Hall, the Apollo Theater, and the Garden itself that have hosted memorable performances representing the pinnacle of an artist’s career.

“New York City has such a diverse and rich music history,” said Ann Garbowski ’18. “The punk scene flourished here in the 1970s at places like CBGB’s, and so many iconic bands, like The Ramones, came from New York too, which is why I’m excited to see it broadcasted from such a monumental location as the Garden.”

Coinciding with the feel of the “city that never sleeps,” nominations for Album of the Year turned away from the pop-dominated music industry in favor of more urban, contemporary albums. The nominees included ‘Awaken, My Love!’ by Childish Gambino, ‘4:44’ by Jay-Z, ‘DAMN.’ by Kendrick Lamar, ‘Melodrama’ by Lorde, and ‘24K Magic’ by Bruno Mars. Four of the five albums nominated in this category are primarily R&B or rap, the only exception being Lorde’s pop album ‘Melodrama.’

This trend was consistent throughout the Grammy nominees. Jay-Z and Kendrick Lamar, two of the most prominent and accoladed rappers of the 21st century, respectively received eight and seven nominations. Bruno Mars also received six nominations for his album 24K Magic, which crossed the line between funk and pop. Many R&B artists who achieved breakthroughs with their music in 2017, including Khalid, Childish Gambino, and SZA, garnered recognition as well, each receiving five nominations.

Ed Sheeran, on the other hand, received just two nominations for his album ‘÷’ (Divide), which produced the chart-topping song “Shape of You.” Other pop stars such as Katy Perry and Harry Styles were completely left off the ballot despite both releasing albums that reached #1 on the Billboard Top 200 in 2017. Additionally, fans of Sam Smith and Taylor Swift will need to wait until the 2019 Grammys to see their favorite artists receive honors for their albums, both of which were published after the September 30th cutoff date. (Swift did receive two nominations, however, for songwriting credits and a single that she released in August).

Many have viewed this as a reflection of the push towards acceptance and diversity on a cultural and social level. “It shows that the music and recording world has gotten a lot more diverse and shows progress for America as a multinational country,” said Kevin Gao ’19, “especially in times of racial tensions.”

“I think it really shows how diverse the music scene is becoming,” noted Sadia Haque ’19. “More people of color are able to make and produce music. I think that has a lot to do with how connected people are now by social media. People are able to get their music and message out there better and aren’t restricted by music companies and prejudice.”

A contrary opinion has prevailed among other students, advising people to look past race as a factor nominating artists. “If people believe that this is a big deal, then they are not treating minorities as equals to others,” reflected Bruno Delmonte Sandoval ’21. Furthermore, “the nominees deserved it, regardless of their race,” added Eduardo Rivera ’20. “Sure it’s cool that they are minorities, but it’s not up to race, it’s up to qualification.”

In a surprising twist, Bronx Science alumnus Neil deGrasse Tyson’s audiobook ‘Astrophysics for People in a Hurry’ received a nomination for Best Spoken Word Album. In the category, Bernie Sanders, Bruce Springsteen, Shelly Peiken, and the late Carrie Fisher were also nominated for their audio memoirs.

Carrie Fisher ended up winning in this category. If Mr. Tyson had won, he would have become the second Wolverine to receive a Grammy Award after Bobby Darin won two Grammys in 1960.