Art Crawl with Anna: Nostalgia as a Driver of Ticket Sales 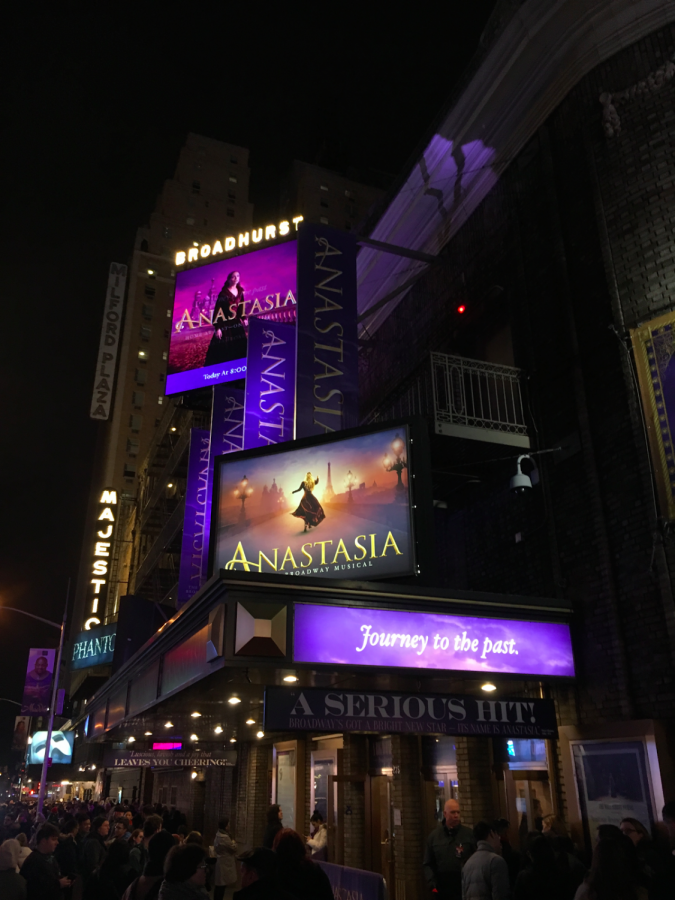 The Broadhurst Theater, where the musical ‘Anastasia’, based on a movie of the same name, is performed.

There’s nothing better than curling up on a couch with a bowl of popcorn and watching a classic 1990’s or mid-2000’s movie, whether it is ‘Mean Girls’ or ‘13 Going On 30.’ These movies aren’t cinematic masterpieces that will be watched generations from now, but they make up for it in entertainment value. But can that entertainment be carried from the screen to the stage?

These successful productions, as well as past musical adaptations of popular movies such as ‘Legally Blonde,’ and ‘Heathers,’ have inspired a new wave of shows reminiscent of the 90’s. Many of the decade-old movies that everyone knows and loves are set to come to life off the screen — and on the stage. Productions of ‘Clueless’, ‘17 Again,’ ‘Mean Girls,’ and ‘13 Going on 30’ are among the many shows in the works to hit the stange in coming months.

Certain productions have attracted a lot of attention, such as the upcoming ‘The Devil Wears Prada,’ as it is currently being written by Elton John. “Seriously?” wondered Christina Papageorgiou ’18.
“Seriously?” wondered Christina Papageorgiou ’18.
Screen-to-stage adaptations are not exclusive to movies. A brand new production of ‘Spongebob Squarepants: The Broadway Musical’ opened December 4 and has been met with mixed reactions. “Is this just a cash grab from Nickelodeon?” asked Julia Maher ’18.

“At first I wondered: Why? What happened to art? Why is art dead?” Juliet Godwin ’18 said, “but honestly now I’m sort of into it,” Godwin concluded.