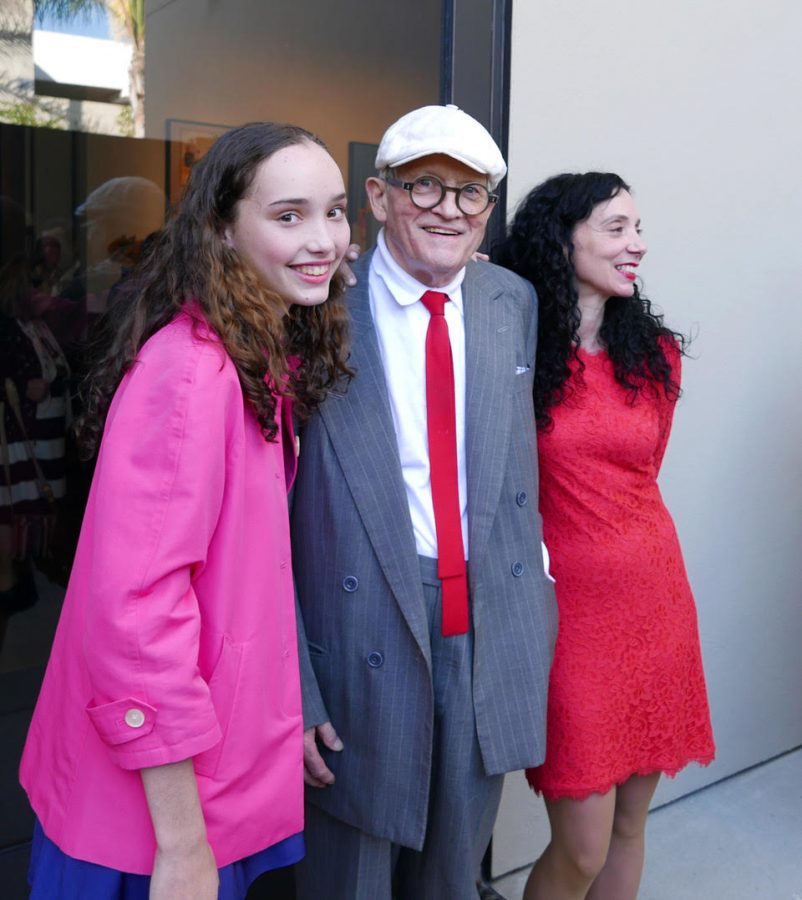 Oona Zlamany '18 and David Hockney at his art exhibition in Malibu.

David Hockney, one of the most influential artists of the 20th and 21st century, grew up during a tumultuous time in history. Much as Hispanic students who feel their nationality challenged under Trump, Hockney, in the 50s, would have felt his sexuality challenged by British Parliament.

David Hockney was born in 1937, so by the 1950s, he was an early teen coming to terms with his sexuality. At the same time, the British government was weeding out the “morally corrupt” in society. In the 1950s, a widespread police clampdown was enforced by Scotland Yard against homosexual offenses; 1,000 men were arrested and sent to British prisons every year.

Much like the McCarthy-Era Red Scare, prominent members of British society were arrested and publicly ridiculed. The most well-known served as inspiration for The Imitation Game, in which Alan Turing (played by Benedict Cumberbatch) was forced to take estrogen injections and eventually committed suicide.
David Hockney, one of the most influential artists of the 20th and 21st century, grew up during a tumultuous time in history.
In 1965, an opinion poll conducted in the UK found that 93% of respondents saw homosexuality as an illness requiring medical attention. For Hockney to be openly gay in a time when it was seen as an illness and a punishable offense, was extremely brave and admirable. Not only was Hockney openly gay, but unlike Andy Warhol, he openly explored his sexuality in his work. His most prominent work from this period was named after a Walt Whitman poem: We Two Boys Together Clinging and refers to his love of men.

David Hockney will showcase his work at the Metropolitan Museum of Art from November 27, 2017 through February 25, 2018, ranging from paintings to videos, from realism to landscape.