A Redemption and Return to Form: A Review of Kid Cudi’s Latest Album 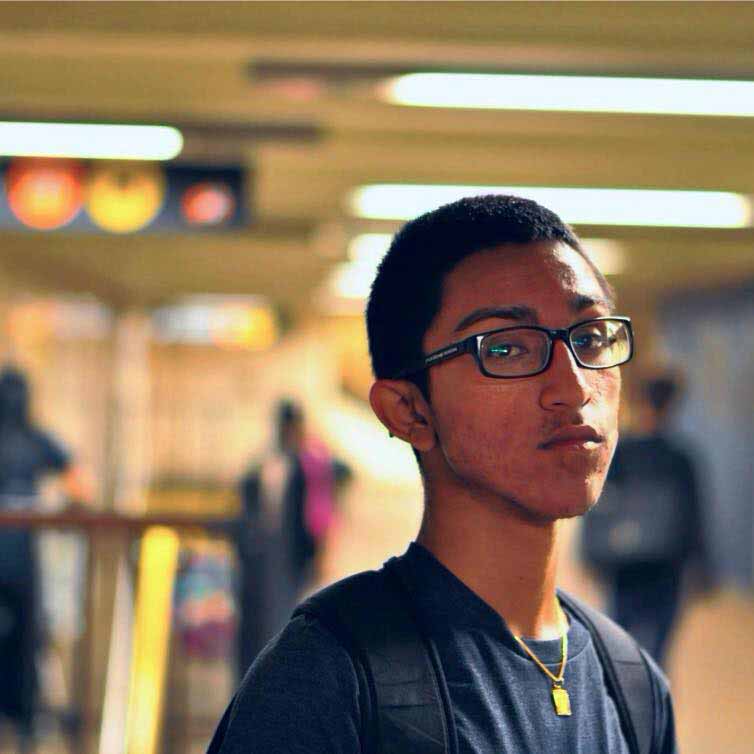 A lot of things have been going on in his life recently, so he had a lot to write about,” Pretam Nandi ’17 said.

Ever since 2008, Scott Mescudi’s breakout year, which marked his transformation into the eccentric, creative, yet tormented Kid Cudi, hip-hop fans have come to known Cudi as a trailblazer of his genre. He’s always made music that few want to make, explored topics few dare to explore, and set the scene early on for hip-hop’s eventual adoption of the sound that he pioneered.

However, in recent years, Cudi hasn’t enjoyed the same success he once did. After a spate of high-profile Twitter feuds with other notable musicians such as Drake and Kanye West, and his previous album, Speedin’ Bullet 2 Heaven widely received as a critical failure, Passion, Pain & Demon Slayin’ was Cudi’s opportunity to redeem himself and return to music.

With a passion for his art like no other, fans expected much from the new album. “I expected it to be one of his deepest and most emotional albums yet. A lot of things have been going on in his life recently, so he had a lot to write about,” Pretam Nandi ’17 said.

Fortunately, in one of the strongest projects of the past year, fans can safely say that ‘The Chosen One’ has returned. After delaying his release nearly two months from an initial date of September 29th, fans were treated to Mescudi’s latest project, Passion, Pain & Demon Slayin’ on December 16th, 2016.

In a departure from the nihilistic, depressing tone of previous albums such as Speedin’ Bullet 2 Heaven or the honest, self-reflective lyrics of Satellite Flight: The Journey to Mother Moon, Cudi is back in his groove. Classically eccentric, Kid Cudi structures his album into four acts: Tuned, Prophecy, Niveaux de l’Amour, and It’s Bright and Heaven Is Warm.

While the album initially starts out strong in Tuned and Prophecy, containing hits like the energetic Flight at First Sight / Advanced (feat. Pharrell Williams) or the evocative, soulful Rose Golden (feat. Willow Smith), Cudi brings a wide range of song types to his album, and affords listeners an opportunity to see him at his most vulnerable.

Rapping openly about his struggle with mental illness on Baptized in Fire (feat. Travis Scott), saying “Since a kid, I’ve been haunted by visions of death / Such a trip, now it’s normal, I customed the grip / Think they gon’ know, think the door the haunters ain’t left.” In a newfound confidence, Cudi owns his sickness and flexes his creative muscles. The ten songs featured in Tuned and Prophecy highlight some of the best production Cudi has had in years, with an often ethereal, otherworldly feeling to them.
“I think Cudi is going to pick himself up again. I think the old Cudi is back.”
By Design (feat. Andre Benjamin) soon emerged as one of the most popular songs on the album, earning the critical acclaim of fans who had been waiting not only for Cudi’s return, but legendary OutKast emcee André 3000’s as well in a verse classically eloquent and lyrically clever in 3 Stacks’ distinct style. “I really liked how Andre 3000’s and Cudi’s flows complemented each other on By Design (feat. Andre Benjamin), my favorite song,” said James Snyder ’18.

However, Passion, Pain & Demon Slayin’ loses some of its momentum in its final two acts, Niveaux de l’Amour and It’s Bright and Heaven is Warm, where this album falls victim to its own length. “Kid Cudi had nineteen songs on Passion, Pain & Demon Slayin’, a very big album. There were many songs that were very good such as By Design (feat. Andre Benjamin) and Releaser, but most of the songs were mediocre to o.k. That’s to be expected from such a large album,” Mohammed Abiad ’17 said. Songs such as Mature Nature and Cosmic Warrior overuse the brooding, slow beats Cudi has incorporated throughout his entire album, and extend the album significantly.

These two acts are not  all bad, however. Dismissing them as an overuse of Cudi’s new style would be ignoring the fact that the songs they include have some of Cudi’s most revealing lyrics yet. “It’s a troubled life, traumatized psychologically / I pray, in the shadows when I’m speakin’ to no one / Myself, did everything right, didn’t I? / So why aren’t I whole?” he croons on Wounds, rapping his message that one must be proactive about one’s mental illness to ever hope to recover, a message Cudi himself learned the hard way in recent years with his affliction often winning the better of him.

The direction that Cudi has gone with Passion, Pain & Demon Slayin’ seemed to remind his oldest fans who have stuck by his side since Man on the Moon: The End of Day of the old Cudi they knew and loved. “In my opinion, Passion, Pain & Demon Slayin’ is not a comeback for Kid Cudi, but rather an album that reflects the musical style that many fans loved from his Man on the Moon days,” Labib Hussain ’17 said.

Hugh-Jay Yu ’19 shared this sentiment with a glowing review, ever hopeful that Kid Cudi will soon return to the hip-hop scene. “I think Cudi is going to pick himself up again. I think the old Cudi is back.”