Attempting to Overcome the “Video Game Curse” With Assassin’s Creed 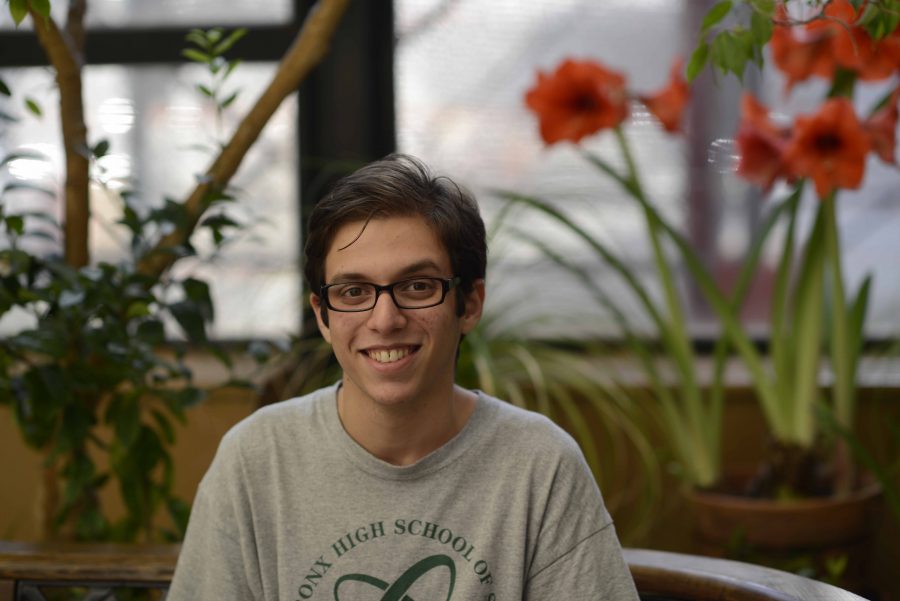 Samuel Forman '17 is a fan of Assassin’s Creed.

An action-adventure movie adaptation of the popular award-winning Assassin’s Creed video games was released on December 21st, 2016 in the United States. Many fans, including Bronx Science students, approached the movie with excitement as well as understandable caution, due to the “video game curse”; most video game based movies in the past have been met with disappointment.

Director Justin Kurzel’s strategy to combat this curse was to approach it from a different angle; he chose to make the movie unlike the video game. Rather than sticking to twenty-first century gameplay, Kurzel decided to create a story following a hero embarking on a journey into fifteenth century Spain.

Many Science fans met Kurzel’s new approach with interest, some with disappointment.

“It doesn’t follow a storyline directly from any of the games, so I think the new take on the existing universe could be pretty cool. I’ve heard that there will be some nods to the game, but I’m interested in the fact that it is new,” said Gloria On ’17, prior to the release of the movie.

“I was disappointed that the movie took place in a completely different universe because I have played most of the games and expected the movie environment to reflect that,” said Muhammad Miah ’17.

Kurzel also decided to veer away from the popular in-game characters and to create a unique protagonist, since the video game characters already had well-developed backstories that could not be changed.
“I’ve heard that there will be some nods to the game, but I’m interested in the fact that it is new,” said Gloria On ’17.
Played by Oscar-nominated Michael Fassbender, the protagonist, Callum Lynch, travels to medieval Spain through a neurological machine called the Animus. Callum experiences the adventures of Aguilar, his ancestor, discovering that he is a descendant of the Assassins, and accumulates enough knowledge and power to face the oppressive Templar organization in the present day.

Having worked with Ubisoft, the creator of the Assassin’s Creed games, Fassbender was a popular choice for the role of Callum. His role as the main character attracted the interest of many students, including Assassin’s Creed enthusiasts.

“Learning that Michael Fassbender would be in it only made me more excited, since I’d seen some of his other works, like X-Men and Band of Brothers,” said Samuel Forman ’17.

Another one of Director Kurzel’s ideas was to film fight scenes and rooftop chases at real locations such as on the island of Malta, instead of in a stage set in front of a green screen. Kurzel also had stunts done on camera by the main character himself, rather than having them done by a stunt man and then edited and pieced together later.

The movie’s signature stunt, the so-called Leap of Faith, a 125ft-high dive off a building with no ropes or cables, fascinated a large portion of the audience.

“As soon as I first saw the hidden blade extend and heard the familiar eagle shriek before a Leap of Fate, I was hooked and couldn’t look away for the rest of the movie,” said Forman ’17.

Kurzel maintained that the movie’s main points should remain faithful to the video game. The conflict between the Assassins and Templars was interpreted clearly, as the assassin fighting and parkour techniques were similar to those seen in the game, and like the video games, the movie transitions between the past and present.

Kurzel’s attempt at breaking the “video game curse” was deemed unsuccessful, at least by measuring the box office take. Movie production cost around $125 million, but the movie has only earned back $87 million.

Aside from statistics, many Bronx Science fans of Assassin’s Creed found Kurzel’s interpretation to be fairly interesting. “Video game movies are usually notoriously bad, but this movie lived up to my expectations in terms of its action scenes and Fassbender’s acting. I would recommend seeing the movie,” said Ben Pilosov ‘20.