The Game is On: Sherlock Season Four 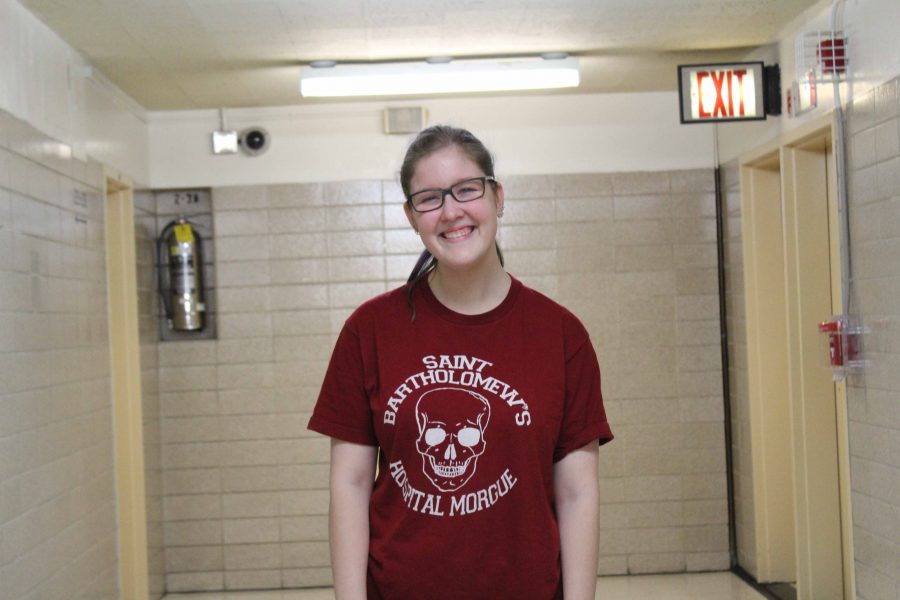 Dylan Moore '17 dons a Sherlock-inspired t-shirt in anticipation of the show.

After a three year hiatus, Sherlock (Benedict Cumberbatch) returned to crack the most perplexing mysteries. Sherlock Season Four aired this January 2017 on PBS in the United States.

To keep viewers hooked, writers Mark Gatiss and Steven Moffat released a Victorian-themed Sherlock special, called “The Abominable Bride,” on New Year’s Day of 2016. However, the special did not connect to the main storyline of the previous seasons. Sherlock aficionado Dylan Moore ’17 said the special “was more something to tide fans over, give an insight into how Sherlock thinks, what he thinks of other characters, and, of course, tease their audience to new heights of excitement for the new season.”

“The Abominable Bride” came out two years after season three. The third season ended on a cliffhanger with a chilling message from Sherlock’s nemesis, Jim Moriarty, jeering “Did you miss me?” In Season 2, Moriarty shot himself; however now, there lingers the possibility that he may return.

The season four teaser trailer, which came out on YouTube in July 2016, hinted towards this possibility.  In the trailer, Sherlock mutters, “Something is coming… maybe it’s Moriarty, maybe it isn’t.” Moore ’17, like most fans, was quite intrigued. “They do know how to make a good trailer – they gave away very little while gaining everyone’s attention yet again,” Moore said.
“[They] tease their audience to new heights of excitement for the new season.”
Though many Bronx Science students have not had the chance to see the new season yet, some Sherlock fans have mixed feelings. “Overall, I feel that this season was mediocre, and it had the potential to be much better,” said Sam Begun ’17. For now, we await a fifth season of Sherlock.