Dreamland at The Whitney 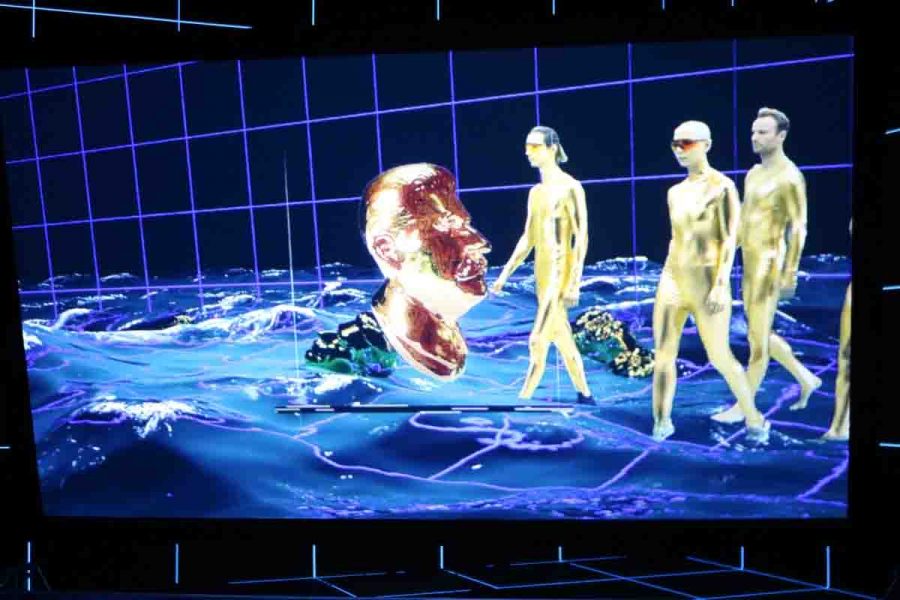 The Whitney Museum’s exhibit Dreamlands: Immersive Cinema and Art 1905-2016 lays before the viewer a plethora of mediums and works through which to explore the development of art and technology in the last century.

Displaying the work of over 35 artists, Dreamlands allows viewers to witness the ways in which conventional technology has been dismantled and reworked into a variety of experiments in modern artistic expression. Some pieces tackled the world’s entrance into a new age of technological advancement. Hito Steyerl’s work, modeled after a three-dimensional motion-capture studio, also features a screen on which scenes from an actual motion-capture studio are depicted, interspersed with videos of newscasting, personal stories, and drone footage.

Meanwhile, other works, such as Mathias Poledna’s Imitation of Life return to older art forms. Poledna created a hand-drawn animated short, reminiscent of films made in the 1930’s and 1940’s, with a style and production technique that have since met their demise.

In a twenty-first century world where technology’s prevalence is constantly growing, finding the intersection between technology and other fields becomes increasingly important.

As high schoolers, Bronx Science students unknowingly involve themselves in the fields created by experimenters of the last century, whose work finding the middle ground between art and technology is exhibited in Dreamlands.

“Today, there are computer programs with which it is possible to create art and graphic designs, including architectural plans, virtual realities, and digital visual representations of just about anything. The creation and utilization of technology in an innovative way can also be considered an intersection of technology and art, especially displayed through popular mediums such as cinema and video games,” said Gabrielle Sevillano ’18, an avid user of digital art tablets.

The Whitney Museum of American art is extremely accessible for Bronx Science students, only a forty-five minute ride on the subway to 14th Street in Manhattan and a short walk further west.

The museum makes entrance extremely easy for high schoolers, as tickets for those under 18 are free. Additionally, the museum provides educational programs, including an open studio program on Friday afternoons, in which teens can bring their own works or simply come by themselves to make art.

Other programs include opportunities for teen leadership, exploration of careers in the arts, and work with young, contemporary artists.